Beyond the UX Tipping Point

Beyond the UX Tipping Point is about the moment when an organization no longer compromises on well-designed user experiences. Before they hit the tipping point, they might talk about great design, but they’ll still ship a mediocre experience. However, once they’ve passed it, design has become an embedded part of their culture and DNA.

To achieve that, an organization needs to keep learning and get to a growth stage where design concerns are infused into the culture to succeed.

But organizations that focus on “design processes” are missing the point, according to Jared Spool.

Times have changed and the cost of delivering a product is no longer a barrier to entry. Quality is no longer a differentiator. What’s left? The user’s experience. Every part of the organization must be infused with an understanding of great design. Your organization has to cross the UX Tipping Point. You must increase everyone’s exposure to users, communicate a solid experience vision, and install a culture of continual learning. With that, design will become your organization’s competitive advantage.

Jared M. Spool has been working in the field of usability and design since 1978, before the term usability was ever associated with computers.

He is the co-founder of Center Centre and the founder of UIE. In 2016, with Dr. Leslie Jensen-Inman, he opened Center Centre, a new design school in Chattanooga, TN to create the next generation of industry-ready UX Designers. They created a revolutionary approach to vocational training, infusing Jared’s decades of UX experience with Leslie’s mastery of experience-based learning methodologies.

The 5 levels of organization's UX maturity:

The UX Dark Ages: At this point within the organization, there’s barely a mention of user experience. They build poor designs and deliver frustrating experiences, but don’t have any notion of how to improve that. Often, the organization’s priorities are focused on delivery and features, no matter what the design looks like.

Spot UX Projects: Someone in the organization is now feeling enough pain to create a couple of unrelated UX projects. It’s easy for these spot projects to succeed and get the attention of senior management, often because the thing they were improving was so bad, even the smallest improvement is notable. However, beyond talking about it, the UX “fever” rarely spreads beyond the manager that commissioned the initial projects.

Serious UX Investment: Senior management has caught the bug and thinks something should be done. Investment in outside help happens, whether an agency or consultancy or maybe even hiring someone full time. More extensive projects are scoped. If they’re successful—producing solid, clearly identifiable results for the organization—more investment follows. Design starts to move from something done at the end of a project, to activities that help shape the project’s direction from the start.

Embedding UX Into Teams: Senior management realizes that UX is worth more investment, but also understands that integration into the teams is more effective. It gets faster results at a lower cost. Internal teams get staffed with UX folks who coordinate with each other while they work closely within the teams. Being embedded in the teams means that design is now an ongoing concern for the product or service, instead of being just something applied to a single release. Design roadmaps and visions start to appear. It’s during this last phase that we see organizations crossing the UX tipping point. When UX skills are first embedded into teams, it’s still tolerable to ship a less-than-desirable design as a compromise to hitting business objectives. However, with more investment the tolerance for compromising on design reduces. Eventually, a compromised design is more of an exception than a common occurrence.

Integrated UX and Services: This is where Disney is with the Magic Band. User experience is no longer something delivered with a web site or an app. It’s every part of the organization. Non-digital service and product teams work together with their digital counterparts to provide a seamless, delightful experience for the customer, user, and employee. In this phase, it becomes impossible to separate out the investment in UX from the rest of what the organization delivers.

The video use case

Beyond the UX Tipping Point, bring's Disney's Magic Band, introduced in 2014, as an amazing user experience.

Once activated, park Guests use the Magic Band to gain access to the park, get in priority queues for the attractions, pay for their purchases at the concession stands, and even get into their hotel room.

To make the Magic Band work, Disney had to wire an entirely new infrastructure into its parks. Stores and restaurants needed to be outfitted with the new payment systems. Every hotel room needed new lock systems to work with the Magic Band’s RFID transmitter. Radio systems needed to start alerting the characters when a fan is nearby.

Each family member has a wearable band with GPS and radio transmitters that track each other’s location in the park. At the end of their stay, Disney presents the family with a photo diary of their park adventures, having used automatic cameras to snap pictures when the Magic Bands are nearby. And imagine the face of a newly-turned six-year-old who just had his favorite Disney character address him by name and wish him a happy birthday.

The result is an extremely delightful vacation experience. Disney made a billion-dollar investment to create a wearable accessory that changes their park experience completely.

A piece of the video transcript

Jared Spool: Wow, there's a lot of you. So putting on an event like this is a tremendous amount of work and the Preet and the community have done an incredible job doing this and I think we should be making some noise for that so let's make some noise.

Jared Spool: Okay so in our community we talk a lot about getting people to value design we talk about do organizations value design but how do we actually tell if an organization has values design well one way you can tell is by how much money they spend on making great things and how much investment they make there.

Jared Spool: So we started to ask the question well how would we go about looking to see if in fact who is spending the most money right what is going on and we went off to find the most expensive UX projects we could find and we found one it's the most expensive one that's ever been done and oddly enough it's a bracelet, in fact, it's the Disney Magic Band.

Jared Spool: They spent a billion dollars on this project and it does not even tell time which is weird because they're famous for their watches right Mickey Mouse watches. So if you don't know about this thing you buy these things when you book a vacation at the park and they come in the mail in a beautiful box with your favorite characters on them each one of the bands is customized to a family member.

Jared Spool: The bands are tailorable in that regard inside is the technology, of course, they have three different types of radio transmitters they have an RFC RFID I mean for payment processing they have NFC for near-field communications and they have a GPS inside this thing so that the band knows where you are everywhere you go in the park it will because of those transmitters. It will let you in to your hotel room it will let you have VIP access to any of the rides it will let you just wave your arm and pay for anything you want even if you wanted to. My favorite feature is if you want if it says it's your kid's birthday which is a common scenario right kids show up on their birthday at Disney that's a special trip they can use the GPS in the band to have the kids favorite character hunt them down and wish them a happy birthday. It's a little creepy but it's cool, UBER has taught us that creepy and cool can exist in the same set, as has Facebook.

Jared Spool:  But the thing that is most amazing to me about the magic band is not the technology it's not the functionality it's not the interaction design or the visual design of the apps it's none of those things. What is fascinating to me is that it was built by Disney and the reason that that's particularly interesting to me is that I first started working with Disney on a variety of designs back in 1997 I the first thing we paid attention to were the things that the Disney Parks and Resorts team were producing. In particular, we were looking at the Disney website and this was the best they could do this was it this was the pinnacle of Disney capability online. Now I know it's gorgeous but you should see how it works it sucked it absolutely sucked and in fact it was so bad that you could not complete a reservation online for the park without actually getting on the phone and calling their call center and finishing it.

Jared Spool: It was so hard to use that we started using it as a tool for training people on how to do usability testing because it turns out when you train people to conduct usability tests it helps if you have something unusable for them to practice on because then they can find the unusable bits and they can work through how they handle interacting with a participant in a study during that so we created a bunch of tasks my favorite one for training was actually based on a real scenario that we had uncovered talking to someone who was a real Disney fanatic what the Disney people refer to as a world file someone who goes all the time and..." 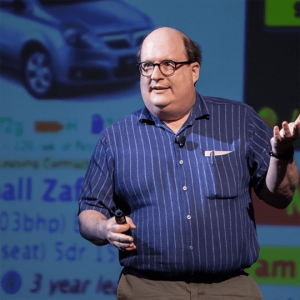 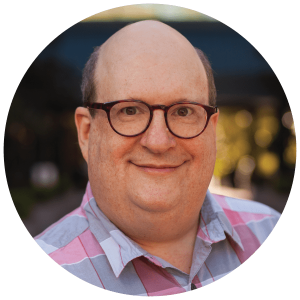 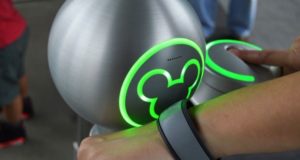 Go to this Material

UX Design - How To Get Started (For Beginners)

Zero to One: Notes on Startups, or How to Build the Future

This is Beta! Help us out. Please share it out and give some feedback.