We visit this company areas

Nubank was founded in 2013 by Colombian David Vélez, Brazilian Cristina Junqueira, and American Edward Wible. The first transaction with a Nubank card was made on April 1, 2014. Four years later, Nubank became a unicorn startup with its valuation of US$1 billion.

Nubank is a Brazilian "neobank", also known as an online bank, internet-only bank, or digital bank, which is a type of direct bank that operates exclusively online without traditional physical branch networks. As the largest Fintech in Latin America and one of the most innovative companies in the world, according to the 2019 Fast Company ranking.

In January 2020, Nubank made its first acquisition with the purchase of Plataformatec, a company that specialized in software engineering and agile methodologies, thus continuing its growth by including the team of 50 developers of Platformatec.

Its headquarters are located in São Paulo, Brazil. The company also has an engineering office in Berlin, Germany, and in May 2019, the company announced it began operations in Mexico through a subsidiary called Nu. This will be the first time Nubank offers its services and products outside Brazil.

Among the company's products are NuConta (a digital account), an international credit card, both without fees, and personal loans. The company's differentiating factor is to offer a credit card that is controlled completely through the means of a mobile app. The app allows its users to track transactions in real-time, block their respective credit cards, apply for a limit raise, and contact customer support.

Nubank is a leading financial technology (Fintech) company in Latin America. Its first product, launched in 2014, is a no-fee credit card that is fully managed by a mobile app. Almost 30 million people have requested the product since launch, and the company has passed the 12 million customer mark. In 2017, Nubank launched its proprietary loyalty rewards program (“Nubank Rewards”), as well as a digital account (“NuConta”) that is already used by 8 million people. This year, the company began testing its personal loan product and took its first steps in international expansion, opening offices in Mexico and Argentina.

Nubank has placed the smartphone, whose penetration has grown in Brazil to roughly half of all mobiles sold, at the center of its strategy, according to Statista, the German data provider, up from about a third in 2014 when Nubank was in its infancy. New customers apply for a card through their mobiles, with Nubank checking creditworthiness online using its own algorithms. Nubank charges no fees — it estimates this has saved $1.5bn in fees clients would have otherwise paid to traditional banks — and its consumer rates for credit cards, at 2.75-11.1 percent a month, are well below the Brazilian average reported by the central bank, of 14.6-26.5 percent a month.

While millennials were Nubank’s original target clientele, these days about 10 percent of its customers earn less than the minimum wage and another 7 percent are over 60 years old. This has become a financial revolution in Brazil, a country of 210m people where the potential for growth is massive but where 45m adults are still outside the banking system, according to Brazilian consultancy Locomotiva.

David Vélez was born in 1982, in Medellín, Colombia, for all youth being advised by their parents to be their own boss. He studied engineering and finance at Stanford University, United States, and before graduating in 2004, he started working in the financial market as an analyst at Goldman Sachs.

In 2005, David was hired to be an analyst at Morgan Stanley. He remained in the North American company until the middle of 2007 and between 2007 and 2008, Vélez moved to Brazil where he started working with venture capital, at General Atlantic.

Cristina Junqueira was born in 1984, in Ribeirão Preto, São Paulo - Brazil. As a baby, she moved with her parents to Rio de Janeiro. Soon as she graduated, Cristina moved to São Paulo to study Production Engineering at USP (Universidade de São Paulo) to graduated in 2004 and right after pursue her Master's degree in Engineering at the Escola Politécnica da USP. At that time, she had worked as an internal analyst at Itaú Unibanco, as a consultant at Booz Allen Hamilton, and later at the Boston Consulting Group.

In 2007, she was selected by Kellogg School of Management in Evanston, Illinois, for a one-year MBA in Business. Back in Brazil, Cristina was interviewed by Unibanco President, Pedro Moreira Salles who was selecting Brazilians fresh out of MBAs in the United States, for a place in the group. At the age of 24, she assumed a high leadership position in the sector, as Business Superintendent.

Adam Edward Wible studied Computer Science at Princeton University, graduating in 2005, to do an MBA at Institut Européen d'Administration des Affaires (INSEAD) between 2011 and 2012. From 2005 to 2007, Adam worked at The Boston Consulting Group as an Associate, later at Francisco Partners also as an Associate, before funding Nubank in April of 2013, as CTO.

Joining Nubank: what is the remote recruiting process like?

From interviews to remote onsite visits - here's how we have adapted to guarantee the best experience for our talent community and new hires.

Nubank’s search for great candidates hasn’t stopped during the Covid-19 unprecedented situation, but we were quick to adjust prioritizing the safety of our candidates and employees.

As a tech company, Nubank has the flexibility and resources to continue its activities remotely without affecting the continuity of our services, so we stuck to our core values and put the health and wellbeing of our employees, customers, and candidates first, moving our recruiting process to be 100% remote.

“Even with all the uncertainty around us, we have a unique opportunity to reach the global talent community and leaders who are excited to join us in a company that has such a unique social-economical impact in its market. We see that there are more and more global leaders interested in joining Nubank and this couldn’t be more exciting” – Os Fuentes, VP of Talent Acquisition

This change has been raising many questions. How it is like to have a hiring process fully remote? How is it possible to deliver the same quality of interactions as we had onsite?

Here, we share some changes that have made our remote process work during these unprecedented times – so they can perhaps help other companies or even better guide our candidates.

Onboarding and training remotely at Nubank

Since going remote, our Learning and Development team onboarded over 100 people and delivered several training sessions to 2,8k Nubankers in one month.

The Learning & Development team’s mission is to nurture and develop Nubankers’ careers from Day One, and part of that work goes through the onboarding – or the “Nubank 101” training. This means to provide the best immersive experience for new hires, so they can truly feel what it’s like to be a Nubanker.

From the office environment to group meals and first interactions with other squads: our onboarding is all about creating connections. So… what happens during a pandemic?

Nubank turned to remote work on March 12th, becoming one of Brazil’s first companies to adopt home office during the pandemic. The health and wellbeing of employees, partners, and service providers is our top priority, so it was a natural decision to pivot towards being a fully remote company in a matter of just a few hours.

Our work had to go on with almost three thousand people working remotely, many for the first time in their lives.

Nubank’s 24/7 customer service, relief campaigns to help customers in need, the launch of new product features, and, of course, initiatives focusing on our Nubankers… All these projects needed to keep going – and so did our onboarding. But… In a remote setting, how to protect such contextual experience? 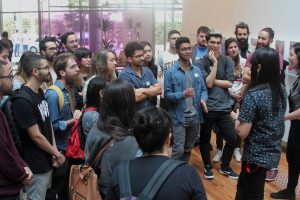 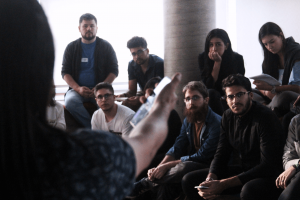 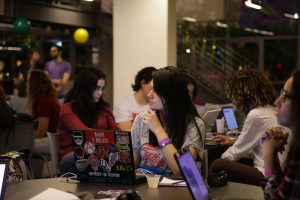 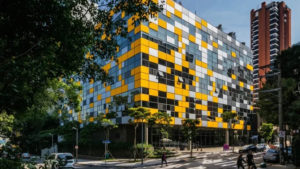 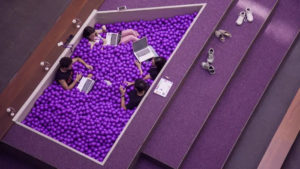 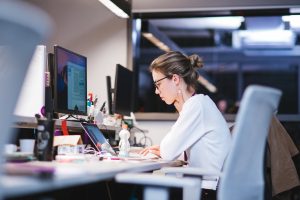 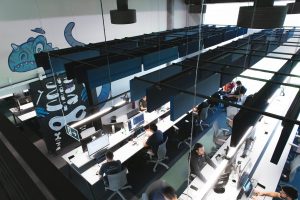 Due to Coronavirus (COVID-2019) Pandemic all Visits has been postponed until further notice. Be safe! For more information please consult @WHO and follow the latest information online.

The Design of Everyday Things: Revised and Expanded Edition

Buyology: Truth and Lies About Why We Buy

What’s It Like to Work on League of Legends

This is Beta! Help us out. Please share it out and give some feedback.